The European Association of Folklore Festivals  - EAFF has been established in year 2007 in the ancient capital of Bulgaria – Veliko Tarnovo. Its main purpose is to preserve, develop and make popular the folklore of the different European nations by organizing festivals and using the modern television, computer and other information technologies. 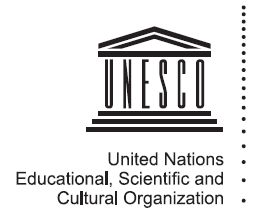 The European Association of Folklore Festivals – EAFF is Official Partner of UNESCO Accreditation request No. 90338: 32557 -  Accredited to the
UNESCO ICH Committee. Decision-making meeting: 6.GA - 2016 -  The sixth session of the General Assembly of the States Parties took place from 30 May to 1 June 2016 at UNESCO Headquarters. See more at: http://en.unesco.org/about-us/introducing-unesco

The European Association of Folklore Festivals - EAFF achieves its activities mainly through the festivals of the Musical Feasts “Euro Folk” and through the worldwide Internet Television “Euro FolkTV”. The basic feature of the festivals from the Musical Feasts “Euro Folk” is the complete filming with professional TV equipment of all the performances together with making different audio and TV products. At the Musical Feasts “Euro Folk” festivals that have been held so far 6,000 groups with more than 120 000 participants have taken part. The European Association of Folklore Festivals - EAFF operates in cooperation with televisions from Bulgaria and Europe, with folklore ensembles, groups, municipalities, community centres, schools and other organizations of cultural activities.

The European Association of Folklore Festivals – EAFF is member of the International Organization of Folk Arts -  IOV WORLD. EAFF joined the list of the prestigious world organization under number 4890. As a member, EAFF cooperates with the network of members in which participate professors, folklorists, folklore researchers and performers (not only amateurs, but professionals also), as well as culture and education institutions such as museums, universities and others. IOV was established in 1979. In 1998, IOV entered into Operational Relations with UNESCO.

IMACO is formal consultative relations with UNESCO. IMACO aims to archive and research the all the source of traditional mask data, and support in field of education such as mask making, performance training etc. IMACO intend to collect 3D resources of international masks by utilizing the latest IT technology, and build a network system between international mask culture organizations.  The members of IMACO are consist of the group organizations that contribute to mask arts and culture such as countries, local governments, mask research groups, museums, etc., or individuals who are mask artists, mask researchers, mask performers, etc.

Sozopol Foundation was established by Mr. Kiril Arnautski in December 2002.

Sozopol Foundation is the first Bulgarian non-governmental organization adopted as a consultative partner of the United Nations Educational, Scientific and Cultural Organization (UNESCO) on February 3, 2012.

On February 23, 2016 Sozopol Foundation was informed that it has been added to the NGO list of the United Nations Economic and Social Council, based in New York City.