For the seventh time the ancient Bulgarian town of Hisarya will be the host of the Balkan Championship of Folklore "Euro folk - Jiva voda". Large scale event will provide a scene for participation of hundreds of groups and individual performers from Bulgaria and the Balkans.

Singers, musicians and dancers without age limits will have the opportunity to present the authentic wealth of ethnographic regions of their countries. Balkan Championship of Folklore is a competition, but also has the aim to bring people together through culture and art. Organizers of the Championship are EAFF, Euro Folk Academy, Municipality of Hisarya and other organizations. 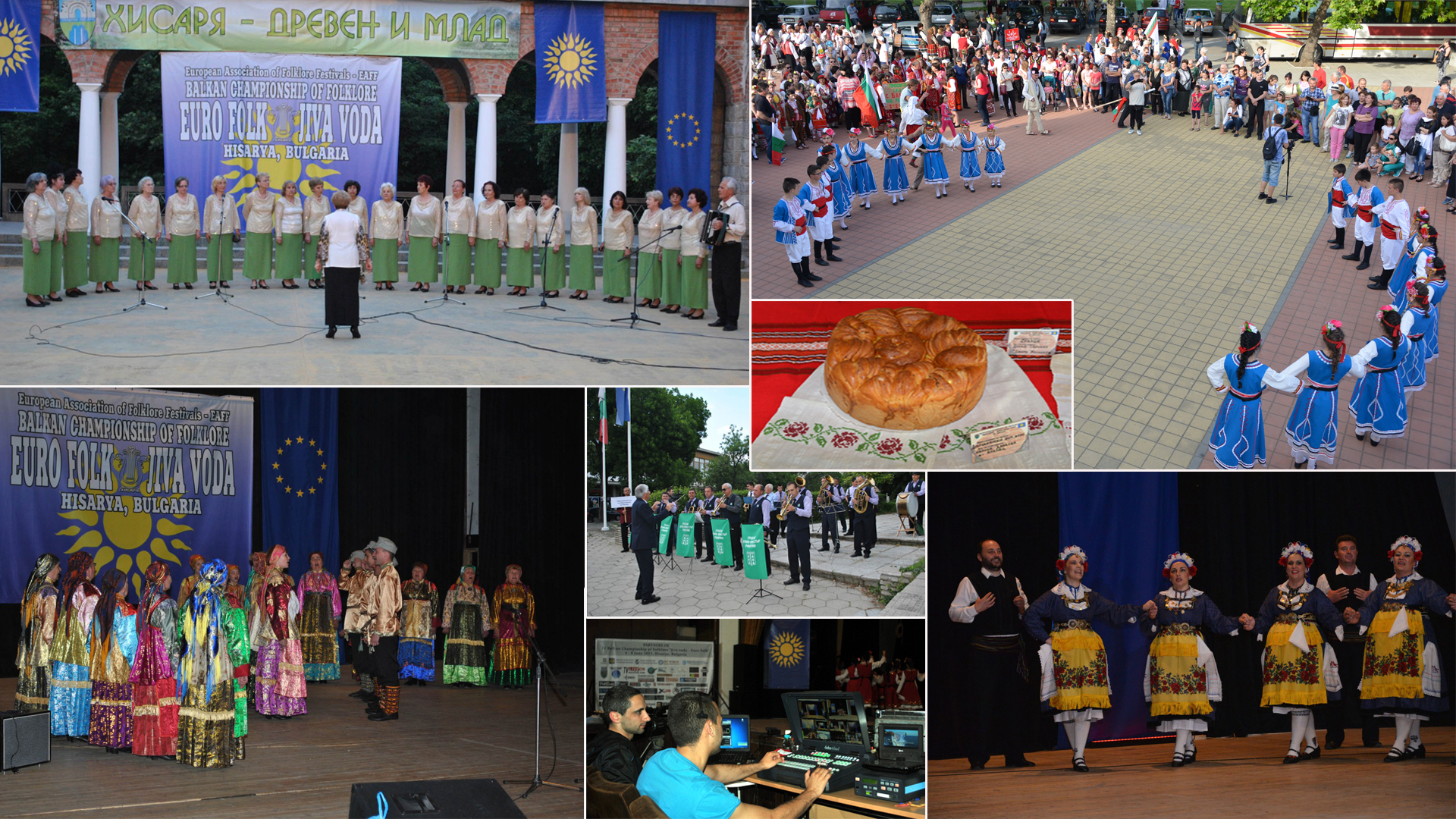 Participants will compete in 9 categories and two age groups. The jury will assess them by the following criteria: Level of complexity and technique of performance; Presentation (costumes, props, play, repertoire); Stage presence (stage behavior, appearance, artistry).

All the groups will be awarded with Diplomas for participation as well as another prizes such as: Diploma for continuity between the generations, Laureate distinctions, Discovery of the Championship and many others. The winner will receive the Grand Prix Golden "Orpheus", Golden medal and the Diploma for Absolute Balkan Champion of Folklore in 2018 as well as money prize of 1000 Euro.

Beside the participation in the contest program, the performers have the chance to join the accompanying competition and exhibition for "Traditional breads", to explore the landscapes of Hisarya, to get to know its rich millennial prehistory, to feel the life force of its famous mineral healing springs, to establish many new friendships and to consolidate old ones.

Applications for participation are acceptable till 26th of January 2018. Details about the regulation you can find in the official website of EAFF.