From 7 to 11 June in Hisarya was held a Contest for traditional hand-made breads. Bakers from Hisarya and from the villages Zabardo, Malevo, Svirachi, Oreshets, Milanovo, Starosel, Gorski izvor, Darzhava, Mihiltsi, Osetenovo and Staro Zhelezare participated with more than 20 different types of traditional breads, which are being baked for various holidays and family occasions.
Around 4000 participants in the folklore program and spectators of the Championship had the opportunity to see the breads, which were exposed at an exhibition in the foyer of "Ivan Vazov-1904" Community Center. 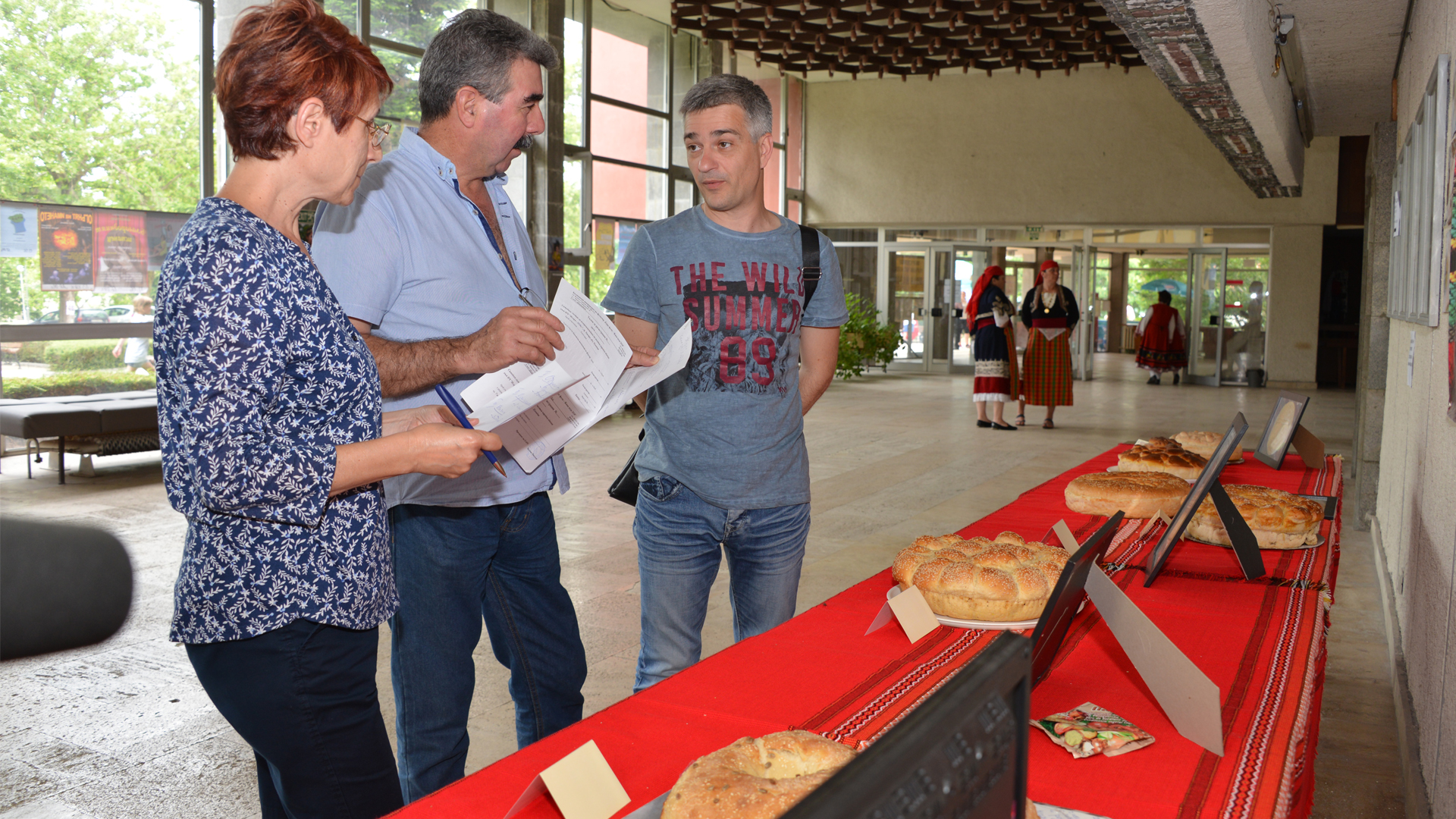 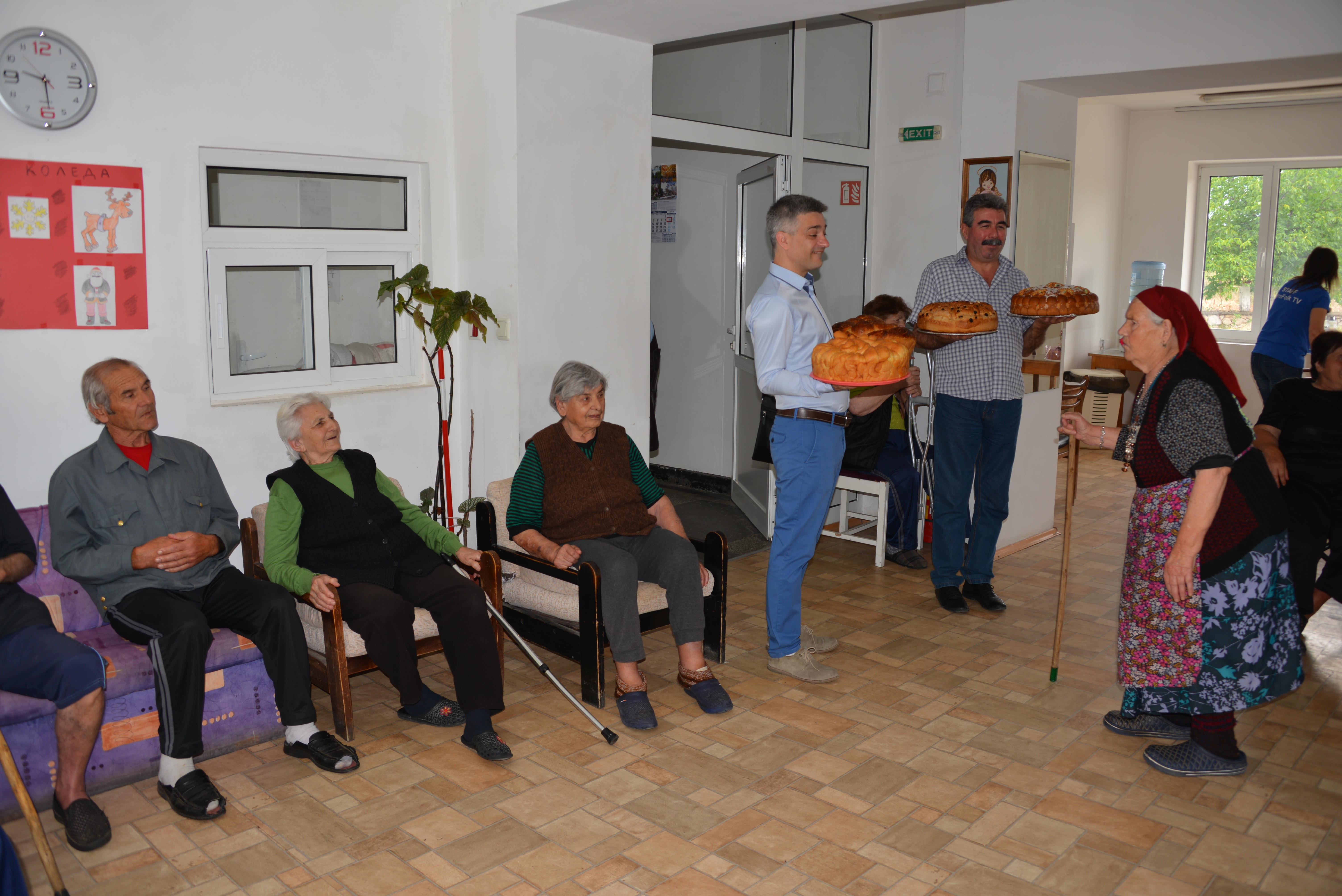 The event was one of the accompanying events of VII Balkan Championship of Folklore "Euro Folk - Jiva Voda" 2018, which was held from 7 to 11 June in Hisarya. The breads were donated by the organizers of the event to the Home for Older People "St. Ivan Rilski" at thevillage of Starosel. Like every year, seniors were very grateful for the attention. In response, the 89-year-old Donka Stoyanova Licheva from Malo Krushevo sang several songs from her native village, among which the song from her youth "Bre, ovchari".
The other events were: 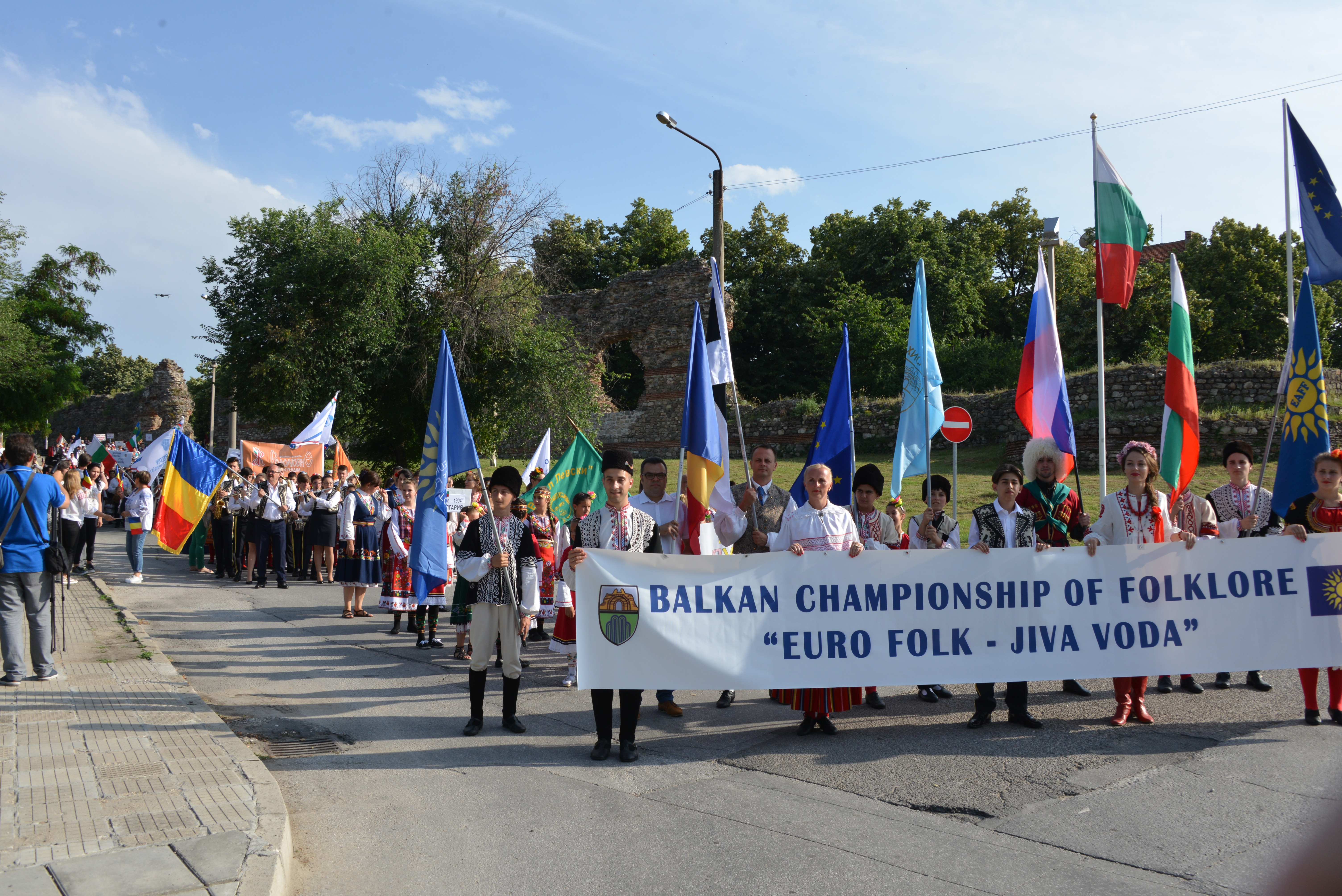 PARADE –  about 410 participants in the Championship from different ethnographic regions of Bulgaria, as well as guests from Romania, Estonia and Russia took part in the parade. After crossing the central streets of the town of Hisarya, the groups performed short programs in front of "Ivan Vazov-1904" Community Center, before joining the main program on the stage of the Community Center. 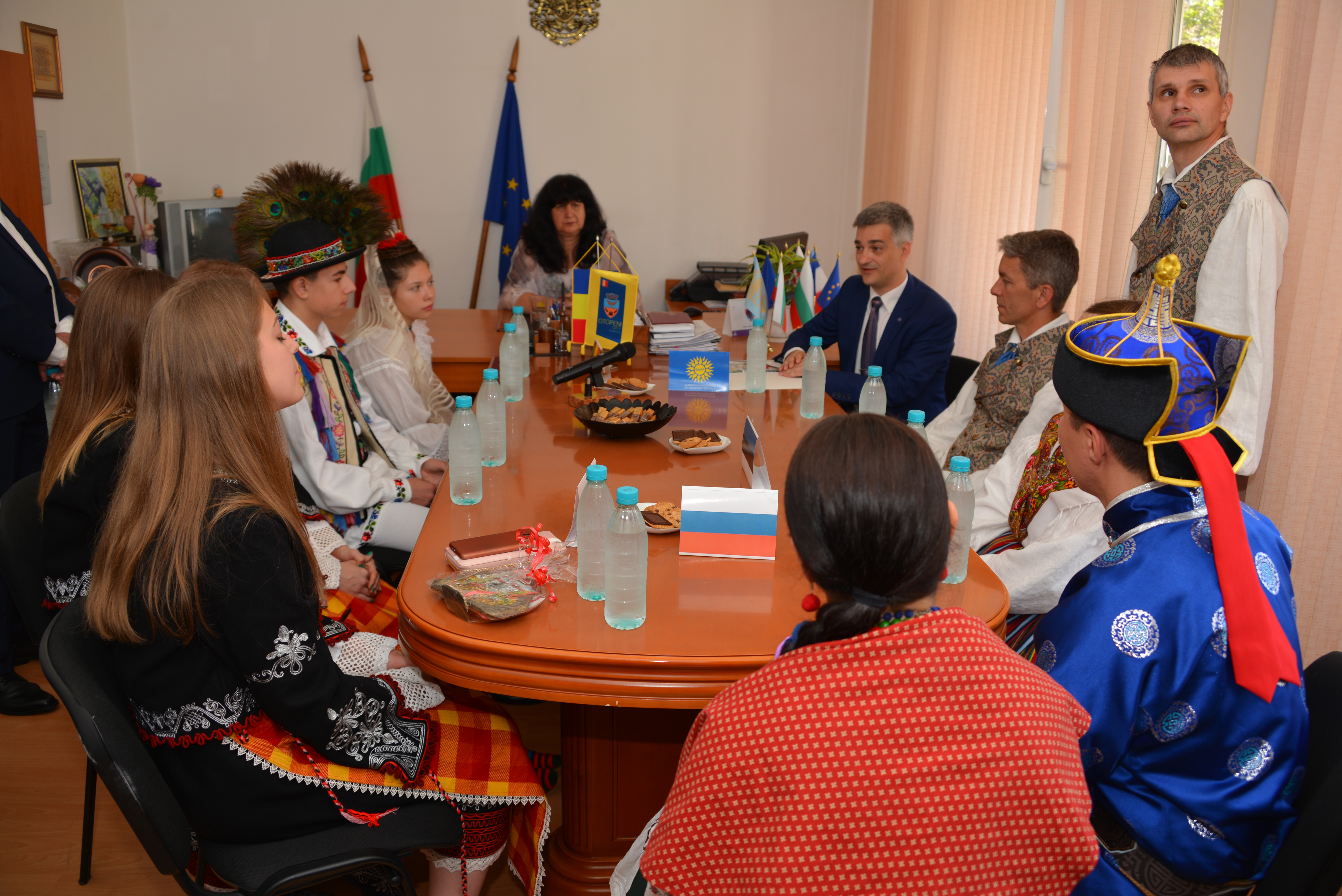 MEETING IN HISARIA MUNICIPALITY - delegates from the  Estonian, Romanian and Russian groups and from Bulgarian side - from FG "Rodopsko izvorche" from the village of Benkovski, Kardzhali region, met with the Mayor of the Municipality - Eng. Penka Doykova, the Director of the Championship - Georgi Topuzliyski and Kaloyan Nikolov - President of EAFF. The participants presented their groups, talked about their homelands and folklore, exchanged gifts with the hosts and the organizers of the Championship and made a common photograph. 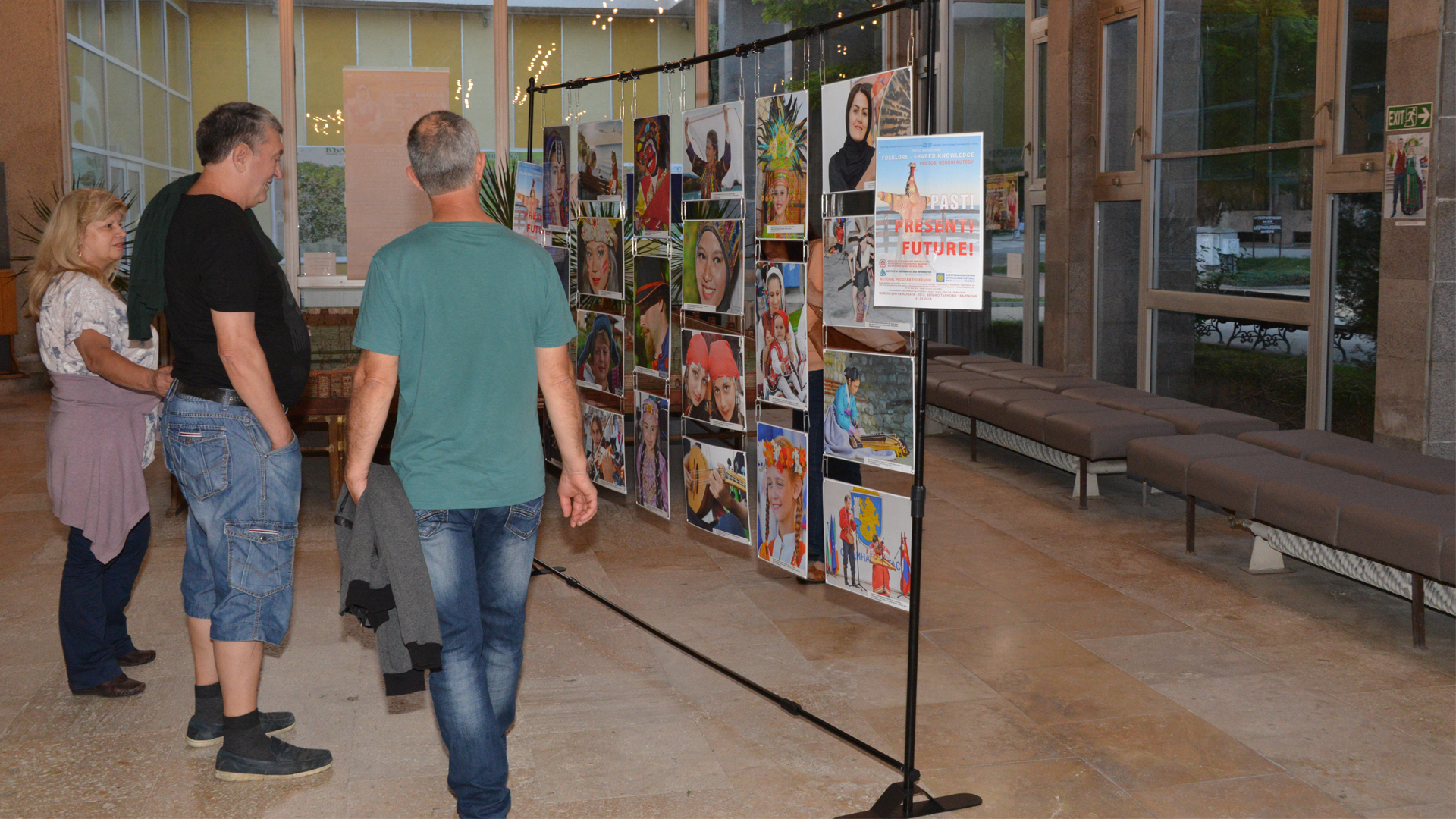 PHOTO EXHIBITION "Folklore - Shared Knowledge. Past, Present, Future." (a new event in the accompanying program) - a joint initiative of EAFF, The Institute of Mathematics and Informatics at the Bulgarian Academy of Sciences and Institute of Ethnology and Folklore Studies with Ethnographic Museum at the Bulgarian Academy of Sciences. The project includes 56 photographs, the majority of which reflect moments from the folklore festivals and championships held in Bulgaria under the auspices of EAFF. Author of the photos is Georgi Nutsov, official photographer of the Association. In the focus of his lens are singers, dancers and musicians from Bulgaria, Russia, Croatia, Moldova, Latvia, Poland, Georgia, Indonesia, Mongolia, Iran, South Korea, etc. Before being presented in Hisarya, the exhibition was in Veliko Tarnovo at the International Tourism Fair "Cultural Tourism" and May Days of Science, as well as in Jesolo-Venice (Italy) during the World Cup of Folklore. Only few days ago the exhibition returned from Paris, where was held the Seventh Session of General Assembly part of the Convention on the Safeguarding of Intangible Cultural Heritage to UNESCO.
Facebook Twitter LinkedIn
8.7