An overview film for the VIII Championship of Folklore "World folk" 2018 will be broadcasted by the Bulgarian National Television on October 6 at 15:00. on BNT 2. 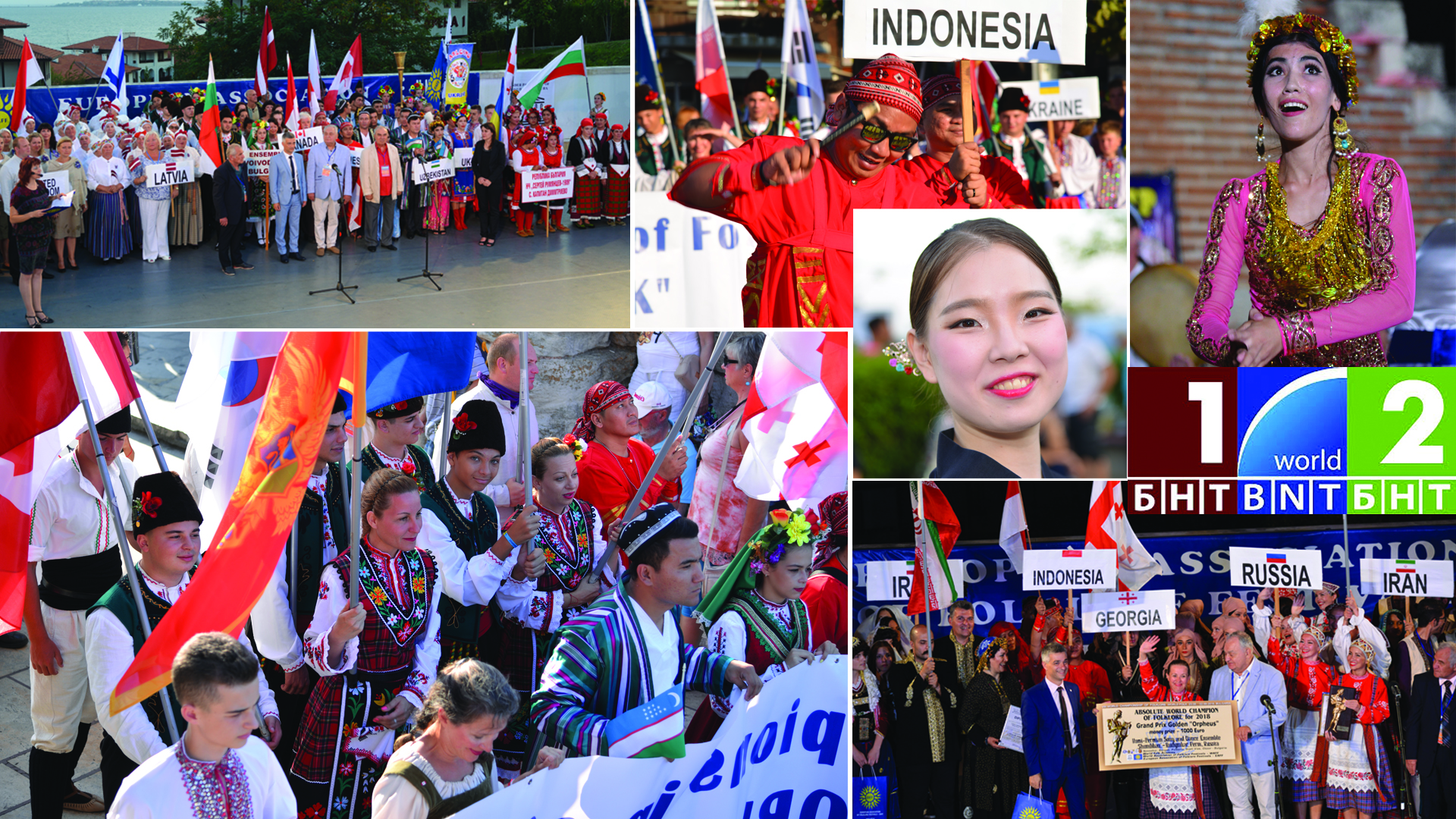 All of them were united by the slogan of the Championship "Folklore - Shared Knowledge. Past, Present, Future! ".

Besides part of the participants' program, interviews and impressions from the world folklore forum, within one hour, viewers will be able to feel the emotional atmosphere of the new friendships among the participants, as well as many special moments from the accompanying events, official ceremonies and backstage footage.