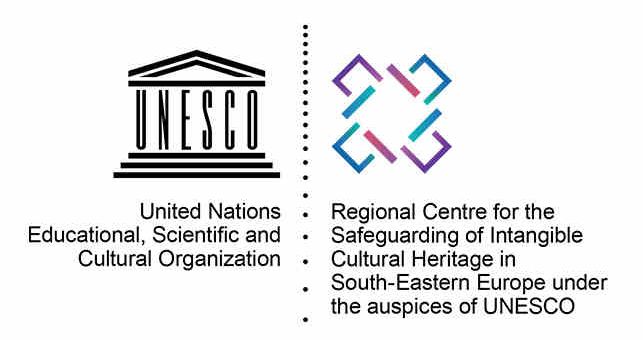 The Regional Centre for the Safeguarding of Intangible Cultural Heritage in South-Eastern Europe under the auspices of UNESCO in brief:

The Regional Centre for the Safeguarding of intangible Cultural Heritage in South-Eastern Europe came into being in 2008 as it was registered as a non-profit organization in accordance with the Bulgarian legislation.

With Resolution adopted on the 35th session of UNESCO General Conference on October 2009, the Regional Centre is recognized as a regional centre (category 2) under the auspices of UNESCO.

Scope: On the last session of the General Assembly, two new member states from South-Eastern Europe were unanimously and enthusiastically welcomed as part of the Centre. Until today, their number is 14 member states: Albania, Armenia, Bosnia and Herzegovina, Bulgaria, Croatia, Cyprus, Georgia, Greece, Montenegro, Romania, Serbia, Slovenia, The Former Yugoslav Republic of Macedonia, Turkey and Ukraine. The scope of the Regional Centre is expected to expand in the forthcoming years.

EAFF is a NGO member in General Assembly.
The President of EAFF - Kaloyan Nikolov is member of Executive board of the Center.